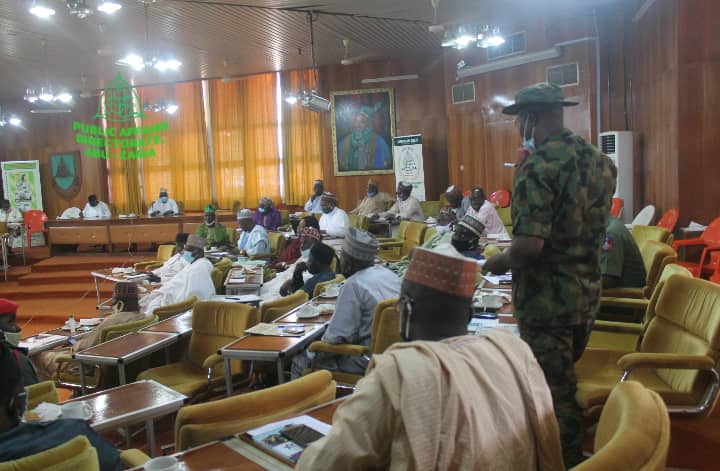 Ahmadu Bello University has held a meeting with all its affiliate institutions at which issues bordering quality assurance and challenges associated with affiliations were thoroughly discussed.
The meeting, which is an annual gathering and a key requirement by the National Universities Commission (NUC), was declared open at the University’s Main Campus, Samaru, Zaria today by the Vice-Chancellor, Prof. Kabir Bala.
The University, which continues to play a parenting role for affiliate institutions and other emerging tertiary institutions in the North, has a total of 19 affiliate schools for degree programmes and more than 100 others for sub-degree courses.
Most of these institutions are federal and State Colleges of Education from the North whose provosts or representatives were present at the meeting which lasted three hours. Others that participated at the meeting were Kaduna Polytechnic, NTA TV College, Jos and Nigerian Army School of Military Police, Basawa, Zaria.
The Vice-Chancellor, Prof. Kabir Bala, who left the venue of the meeting soon after declaring the event open to allow for a technical session, described as “a symbiotic relationship” the affiliations all these institutions had with Ahmadu Bello University.
Prof. Bala, who also described as a community service the role being played by the University in nurturing new universities in the North, reiterated his administration’s determination to ensure that the quality of degree programmes in such affiliate institutions was not compromised.
The Director, Directorate of Academic Planning and Monitoring, Prof. Yahaya Makarfi Ibrahim, spoke on critical issues bordering quality assurance, which according to him, the National Universities Commission (NUC) paid much attention to.
Some of these issues, according to him, included quality of teaching staff, teaching facilities, quality assurance system and standard of teaching.
Prof. Ibrahim, who urged for a great deal of cooperation from the affiliate institutions, disclosed that the University had just raised and inaugurated a committee that would develop a workable mechanism that would address all the challenges raised during the meeting.
It was an interactive session where all the participants from both the University and affiliate institutions freely spoke.
Key staff of the University were at hand to respond to issues raised by the affiliate institutions. They included the Deputy Vice-Chancellor (Academic), the Registrar, staff of Directorate of Academic Planning and Monitoring, Dean of Education, Dean of Physical Sciences, Dean of Business School and Dean of Social Sciences. Others were Dean of Engineering, Dean of Law, Ag. Director, Iya Abubakar Institute of Information and Communication Technology (IAIICT) and Director, Directorate of University Advancement.