It gives the University great pleasure to share her monthly newsletter with you, as we look forward to the opportunity to highlight just a few of many things that we have achieved, especially amidst the Global pandemic. All necessary measures are put in place to keep our environment safe. The University also remains determined and committed to responding to the needs of our Students, Staff, Alumni and friends of the University. 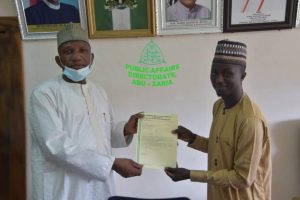 Congratulating the students and their mentors, the Vice-Chancellor, Prof. Kabiru Bala, expressed delight that ABUSITES were making the University proud all over the world. The Vice-Chancellor also presented letters of congratulation to them after they handed over to him the trophies won at the competitions. 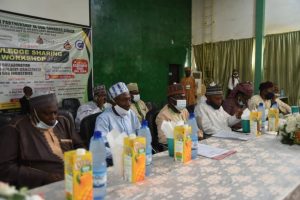 The Honorable Minister of Industry, Trade and Investment, Chief Otunba Adeniyi Adebayo, CON, has lauded Ahmadu Bello University for its interest and passion for national development. Speaking at a workshop on ‘Academia-Industry Alliance for Effluent Management with Biocoagulants in Nigerian Oil and Gas Industries’ organized by the University, the Minister said that the workshop was an addition to the accomplishment of the drive to create a sustainable platform for knowledge sharing.

Funded by the Royal Academy of Engineering, London, United Kingdom under the Higher Education Partnership in Sub-Saharan Africa, the workshop was part of the research effort to, among others, develop a bio-based flocculation system for oil and water treatment in oil and gas industries.

The Minister, who was represented by Mrs. Patience Ehujor, a Deputy Director in the Federal Ministry of Industry, Trade and Investment, also said that the workshop was in line with the economic diversification drive of the present administration’s effort which seeks to develop, particularly, the non-oil sector by boosting production and processing, encouraging value addition, wealth and job creation.

In his remarks, the Vice-Chancellor, Prof. Kabiru Bala, congratulated the researchers who won the grants from the Royal Academy of Engineering, London, United Kingdom, to conduct research on effluent management with bio-coagulant in Nigerian oil and gas industries. The Vice-Chancellor stressed that attracting grants remained a thing of joy in the academia, given that such grants were highly competitive and only the best research proposals could win.

Since the start of the partnership in 2019, according to Prof. Ming, ABU and UNESCO – ICHEI had fruitful collaborations in the areas of teacher-ICT capacity building, digital educational infrastructure, and academic exchanges.

Receiving the devices from Prof. M.B. Mu’azu of Department of Computer Engineering, Ahmadu Bello University, the Vice-Chancellor, Prof. Kabiru Bala, expressed the Institution’s profound gratitude and appreciation to the Centre for the “generous donation”. The Vice-Chancellor explained that the devices came at a right time and that they would “indeed make a huge difference in the advancement of teaching and learning” in ABU.

The International Atomic Energy Agency (IAEI) has donated 40 assorted laboratory equipment and other consumables worth 73,148.93 euros to the Africa Centre of Excellence for Neglected Tropical Diseases and Forensic Biotechnology (ACENTDFB), ABU Zaria. 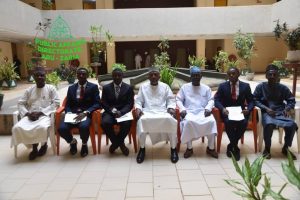 The team identify the use of modified Aqua Regia and AplhaCyclodextrim to recover gold ore to be inexpensive, environmentally friendly reagent, alpha cyclodextrin, rather than the use of poisonous cyanide and mercury currently used for selective extraction from gold ore deposit in Nigeria.

Ahmadu Bello University has signed an MoU with VAAL University of Technology, South Africa to facilitate and develop a meaningful relationship that will foster academic and cultural exchanges between the two institutions. The scope of the MoU will cover staff and student exchanges and collaborative partnership in the field of governance, science, technology and research programmes as well as community development programmes.