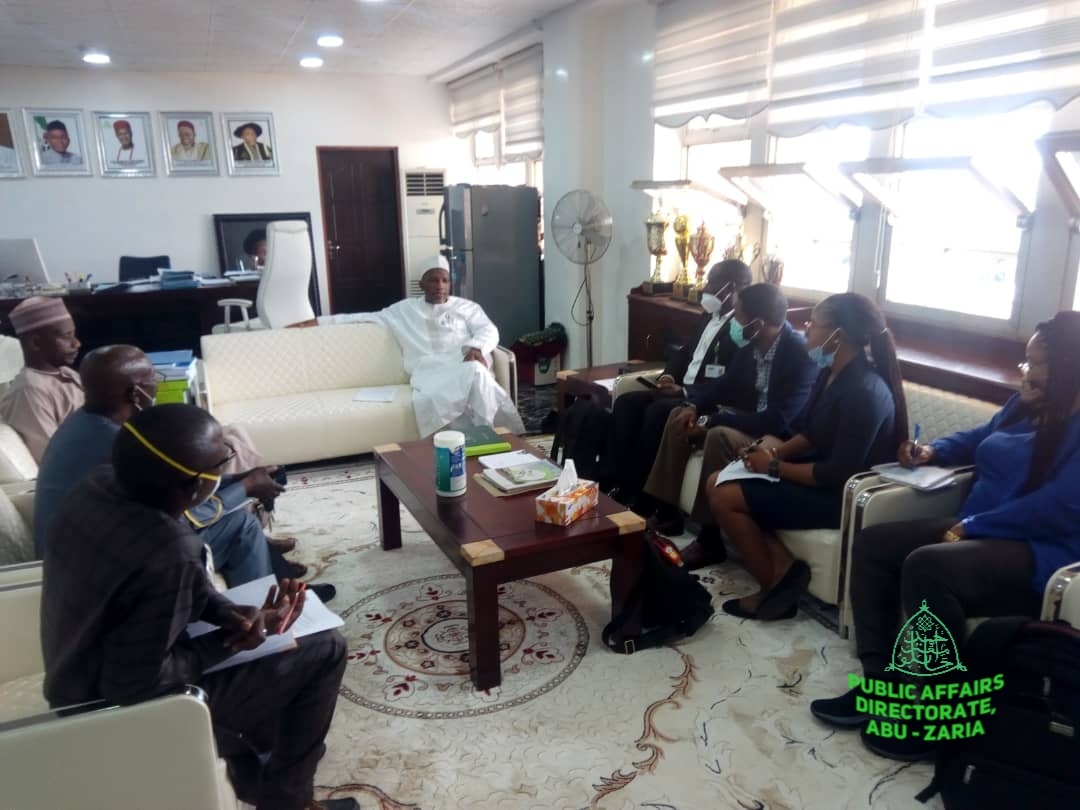 The National Malaria Elimination Programme (NMEP), a health activity under supervision of Federal Ministry of Health, has enlisted the support of Ahmadu Bello University to ensure transition from malaria control to malaria elimination in Nigeria.
Speaking during an advocacy visit to the University selected as a host institution for malaria vector sentinel sites in Kaduna State, the programme team leader, Ogar Nkayo Paschal, said the programme was in line with the National Malaria Strategic Plan (2014-2020) towards ensuring a malaria free nation.
She told Vice-Chancellor Prof. Kabir Bala that they were in ABU to specifically brief him on the activities done so far in respect of the malaria vector sentinel sites and to request for permission to use the institution’s laboratories in carrying out malaria research.
The team leader, who congratulated the University for being picked as the most qualified institution for the programme, said vector control was a core strategy for malaria prevention in Nigeria.
She, however, said vector resistance had continued to constitute a major threat to malaria vector control globally and indeed Nigeria.
“One of the key challenges in the deployment of insecticide treated materials is the growing threats of vector resistance to the commonly used classes of insecticides, especially the pyrethroids.
“This necessitated the need to carry entomological investigations to provide information on vector species, their distribution, density, bionomics and susceptibility resistance insecticides used for malaria control in the country”, she said.
From 2014 to 2020, according to her, the National Malaria Strategic Plan, National Malaria Elimination Programme and partners, including the academia and research community had continued to monitor the efficiency of the insecticides used and the vector susceptibility.
Responding, the Vice-Chancellor, Prof. Kabir Bala, described the programme as timely, and that the University would lend its support for the success of the programme.
“I believe it is a very good programme, especially the collaboration on malaria research; and I hope it will bring a lot of good things, as our desire as a university is to win a Nobel Prize before our next centenary; so you have all the support you require”, he said.
The team leader and other members of her entourage were ushered into the office of the Vice-Chancellor by the Dean of Life Sciences, Prof. Mohammed Nasir Shuaibu and the Principal Investigator, Malaria Vectors Sentinel Sites, Kaduna, Prof. Iliya Shehu Ndams.